Jim Carrey stars as Carl Allen, a guy whose life is going nowhere — the operative word there being "no" — until he signs up for a self–help programme based on one simple covenant: say yes to everything…and anything. Unleashing the power of "YES" begins to transform Carl‘s life in amazing and unexpected ways, getting him promoted at work and opening the door to a new romance. But his willingness to embrace every opportunity might just become too much of a good thing.

"Yes Man" is being filmed entirely in and around the Los Angeles area. 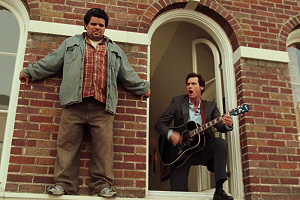 
One word can change everything.

The era of YES has begun.