Stuck, I got helplessly stuck. This is quite strange considering that I’ve actually managed to write a review for "Dumb And Dumber" once, and I refuse to believe that the movie’s premise is somehow the cause of my writer’s block, since "Liar Liar" is in fact one of my top favorites amongst all of Carrey’s movies.

Anyway, without further due, and taking advantage of what seems to be a brief flicker of inspiration, I’ll try to tell you what "Liar Liar" is all about. The story revolves around Fletcher Reede (Jim Carrey), a slick, ambitious, lawyer who doesn’t have much of a problem in bending the truth a little (or a lot), whenever there’s a need for it. With a fib here and a fib there, everything goes Fletcher’s way until his always neglected son, Max (Justin Cooper), makes a wish upon blowing his fifth birthday candles, that his Dad won’t be able to tell the smallest lie for an entire day. Obviously, the wish does come true and both professional and personal havoc ensues, as Fletcher tries to fight an uncontrollable urge to be totally honest about everything and everyone that surrounds him.

The plot, helmed with ease and sense of comedic timing by Tom Shadyac ("Ace Ventura: Pet Detective", "The Nutty Professor"), not only allows Carrey to display all his dexterity in the realm of physical comedy (see those amazing "The pen is blue", or the self-destructing bathroom scenes), but also allows him several changes of pace during which he can truly interact with the other characters. 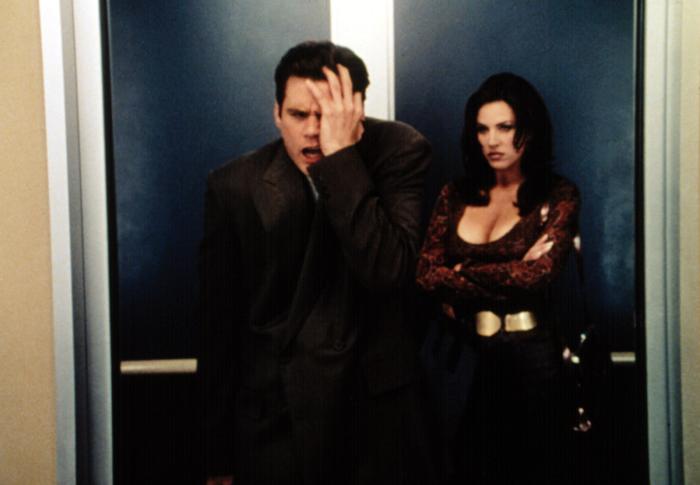 
"Liar Liar" counts in its cast with an excellent set of supporting actors, whose work effectively contribute to ignite and carry the movie’s comedic situations, namely Jennifer Tilly, in a wonderful portrayal of an adulteress gold-digger and Anne Haney, as Fletcher’s dead-pan secretary, while Maura Tierney, as his ex-wife, and Justin Cooper’s performances provide the required assertiveness during the movie’s more emotional moments.

Though the fact that Jim Carrey can be credible in a serious role is nothing really new for any of his fans (i.e. "Doing Time On Maple Drive"), it is a pleasure to see him "show off" his acting skills in the movie’s dramatic scenes. It is obvious that "Liar Liar" was conceived to be above all a festival of Carrey’s comedy, but it is also another important turning-point movie, as it was "The Cable Guy". The audience is introduced to a more multi-layered Carrey, with the advantage of this being done through a sympathetic character, as opposed to the dark Cable Guy. Even if Fletcher starts by being a rather immoral character, he never truly alienates the audience. On the contrary, all the hardships that ensue from Max’s spell function much as a penance, and by the time of the movie’s dramatic climax, the viewers’ empathy with the character is complete. 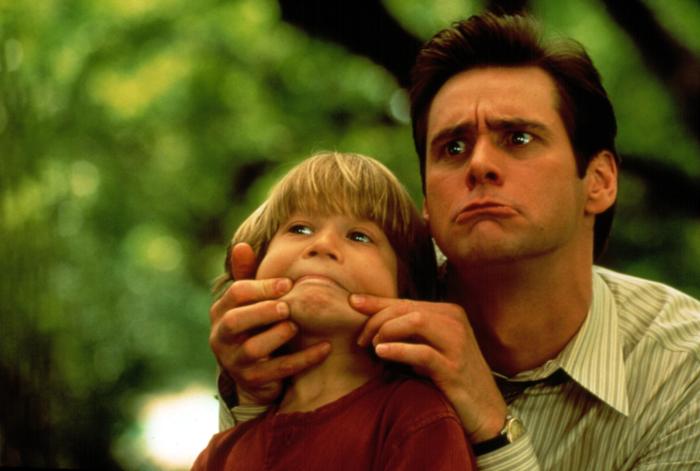 
"Liar Liar" is a hilarious and straightforward comedy that stands almost uniquely on Carrey’s savoir faire and in his innate charm, but also allows us a peek at all the diversity that is still to expect from him in the future. If you haven’t seen it yet, I strongly advise you to give it a try, because its viewing has already been certified by the Surgeon General as the best prophylactic for cardiovascular incidents, tooth decay and deadly seriousness... Honest!

Would I lie to you?