In 2000 Jim Carrey gave life to a dear Christmas character created by Dr. Seuss. The story of "How the Grinch Stole Christmas" started as a book but it became a huge box office hit thanks to everyone involved in the project, and especially for Jim, who gave life to the grumpy green Who.

But it almost didn't happen that since the makeup process for the character was extreme and involded hours, not to mention the use of especial contact lenses that cover the entire eyeball.

Brian Grazer was the producer of the Grinch and he explains a few details about the production of the movie:

"I produced How the Grinch Stole Christmas, but in order to produce it I kinda had to audition for Audrey Geisel, the widow of Theodor Geisel, Dr. Seuss. So I'm amongst many other producers trying to get the rights to do this, she grants me the rights based on my audition but she says Jim Carrey. I say Jim Carrey would be perfect."

At this moment Brian is promoting his new book called "A Curios Mind: The Secret to a Bigger Life", where he tells the many "curious conversations" he had with many people on the last 30 years and one of those people end up helping when, at one point, Jim Carrey decided to quit The Grinch: 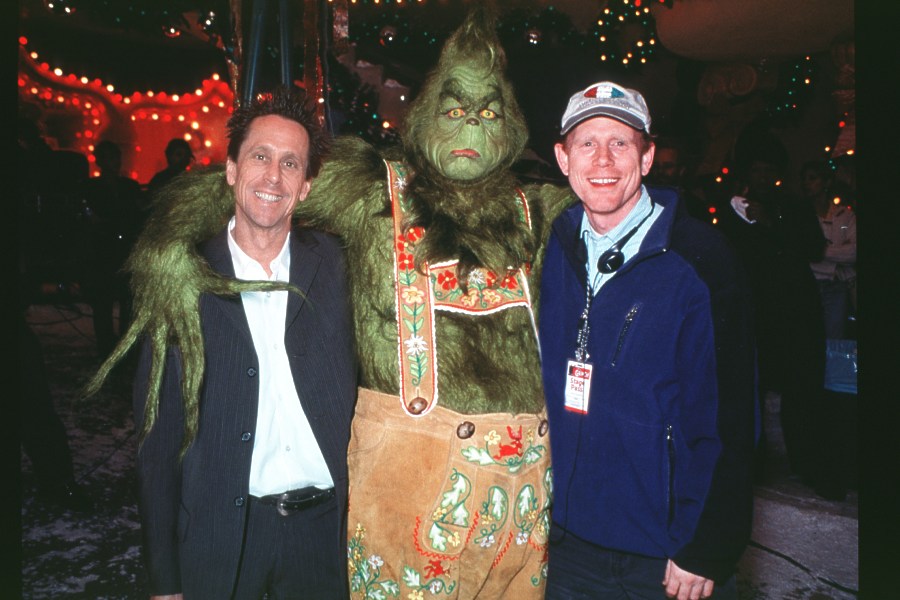 "We're a month away from shooting the movie and I'm watching Jim Carrey continually be uncomfortable having this three-and-a-half hours of prosthetics be welded to his body and then these green Frisbee like contact lenses. One day he's so uncomfortable, he's thought about this, he's been paid $20 million to do this movie then - 12 or 15 years ago - he says, 'I can't do this any longer, I'm gonna give all the money back. I can't do it, this is tortuous to me.'

It occurred to me when he said tortuous that I'd met a man 15 years before that who actually trained green berets and other CIA operatives how to survive torture if they're being tortured. I say to Jim Carrey, 'Please just give us the weekend, just met this one man.' I call the guy and I say, 'Please will you spend a weekend with Jim Carrey?' I paid him of course. On Monday Jim Carrey said, 'I'll do the movie.'"

We are so happy that man helped Jim and we are very glad Brian was able to find a solution because now, it's impossible to imagine anyone else has the Grinch!

We at JCO will keep you updated, next time the Grinch steals Christmas.