Next year will mark the 20 years anniversary of the premiere of "Bruce Almighty". The movie starred Jim Carrey; a guy who gets the chance to have the powers of God and ends up learning an important lesson.

Now, we found out there was another sequel starring Jim Carrey in mind, that both screenwriters Steve Koren and Mark O'Keefe pitched to Jim Carrey. The sequel would have been called "Brucifer" and in it Jim's character would have the powers of Satan.

According to them Jim Carrey loved the idea:

"His manager and him wanted to do Brucifer. We went in and pitched it, but it never quite worked out, because it was later on … It would have been another giant movie and I don't think they wanted to do it. It just didn't work out for some reason, but a lot of people loved it, including Jim." The plot involved killing Grace and then make her return like 'An American Werewolf in London.'

"You tend to lose your faith when the world seems unfair, and that's what got him," Koren explained. "It came from a serious place, but we were gonna write it in a very friendly way. We certainly didn't want to depress people. So I think that scared [the studio] a little bit, but to Jim's credit, he totally understood that we were going to make a big comedy and thought everybody would connect with it. I remember when we pitched it, he was laughing his ass off. Because we had her come back as Jennifer Aniston. He said, 'No, she has to look like a zombie first and then we'll make her beautiful again.' We thought that was brilliant."

"It was going to be the Trials of Job, essentially. The world had not gone his way since he was God. Everything was great for a while; he was married and it all fell apart. He was once again questioning everything and then got a different way to solve things." O'Keefe goes on to describe Brucifer as "the most cost-effective sequel imaginable," given how they planned for Beelzebub to either be played by Freeman or Carrey himself. "Totally different themes, of course, but the beats everyone enjoys."

We gotta say we would have loved to have seen that! 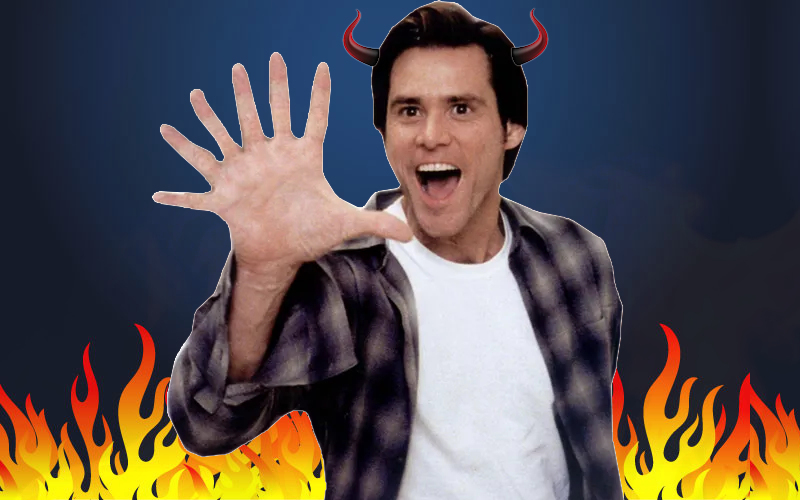