Jim Carrey's talent for drawing may have surprised a lot of people but his work as a cartoonist has certainly sparked a new interest.

The New Yorker has written an article about it and interviewed Jim, who let people know the reasons behind his drawings, especially since most of them have been done about Trump and his administration:
"I fight him to the end. It's my Arjuna moment-my responsibility to pick up the sword. Right now, everybody is laser-focussed on every detail of this Administration and I am, too. I read news online, but mostly I watch MSNBC. They're flawed, but Rachel Maddow is really good."

He also said that he sketches when he's watching all the news unfold:
"It makes me feel better if I can alchemize all of this. Turn it into something creative and make people on the Twitter feel good."

His cartooning started before the 2016 election and since he does it on Twitter he is more free and can draw what he wants:
"I don't work for a publication, so I'm allowed to do crude things, which I enjoy. Twitter doesn't mind."

Besides cartoons, Carrey also makes abstract paintings. The walls of his house are covered in his own work: Technicolor images streaked onto mirrored surfaces, or canvases that have been slashed and stitched. Some are signed "Church of FFC." (The acronym stands for "Freedom from Concern.") Though he was an artistic child, he didn't start painting seriously until seven years ago, he explained, "in the midst of heartbreak." The cartooning started the day before the 2016 Presidential election. "It was in the middle of the killer-clown phenomenon," he recalled. He shouted to his art manager, in the next room. 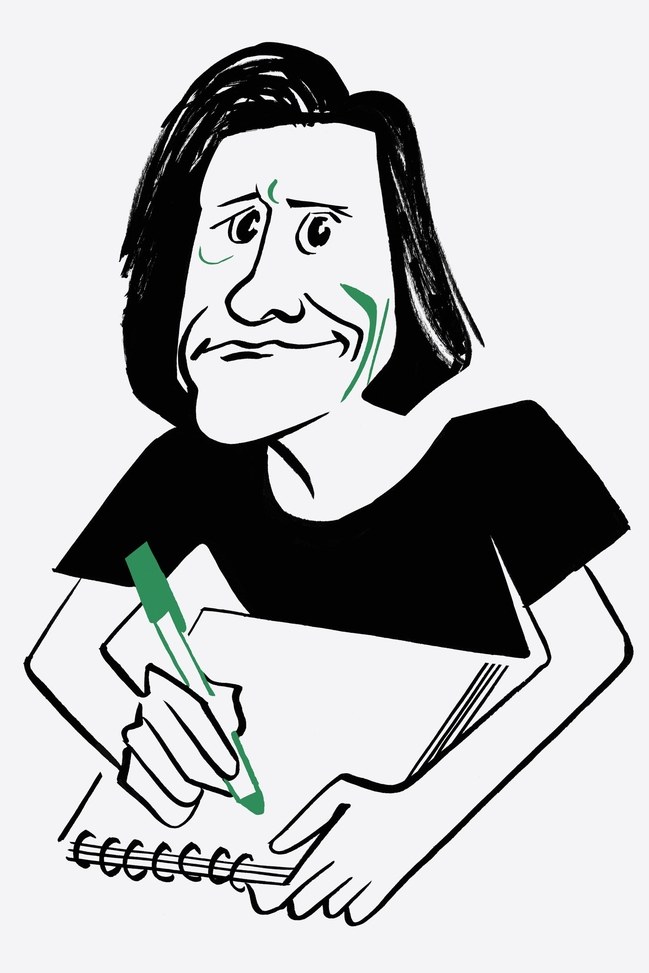 "Politically, Carrey described himself as a "conservative Democrat, because I don't like boundaries." As a cartoonist, his humour tends toward the obscene. He flipped through a stack of sketches, and found a picture of Trump with a Russian flag planted in his rear end. "I did that one before the Helsinki meeting," he said. "It was a prediction."

In the article he also mention that as an actor he would most likely play Paul Manafort. "When I see Manafort walking into the courtroom, I'm, like, 'Does anybody else notice that he's, like, a frigging alien in a skin suit?' Hasn't studied his subject." He stood up and did an impression, legs and arms akimbo. "He's an interesting character, because he hasn't visited his actual being in a long time. He's been consumed by a maelstrom of future chaos."

Jim Carrey met President Donald Trump once at a New York fund-raiser "He said, 'Hey, Jim.' I said, 'Hey, Donald.' Later, I rented his ice rink for a Valentine's Day skate. He was a fine guy when he was a reality-show host."

During the interview for the New York Times article he had a pad where he would sketch and apparently he's working on something new: "I started drawing a cartoon this morning that's just an empty desk and chair on the floor of the Senate. I don't know what the caption will be yet."

Jim Carrey has never been shy about his beliefs and much less about the fact he uses his at as an outlet… and we are very thankful for it.