As we previously reported this week Jim was at the Maharishi University in Fairfield, Iowa, to be honored and to talk to the many students present at the Commencement.

In a yellow/gold gown and square cap Jim gave some serious advice about self-discovery, fear and happiness to students graduating.

He also made them laughs: "I'm here to plant a seed today," Carrey said to graduates. "A seed that will inspire you to go forward in your life with enthusiastic hearts and a sincere sense of fulfillment. The question is, will that seed have a chance to take root or will I be sued by Monsanto?" 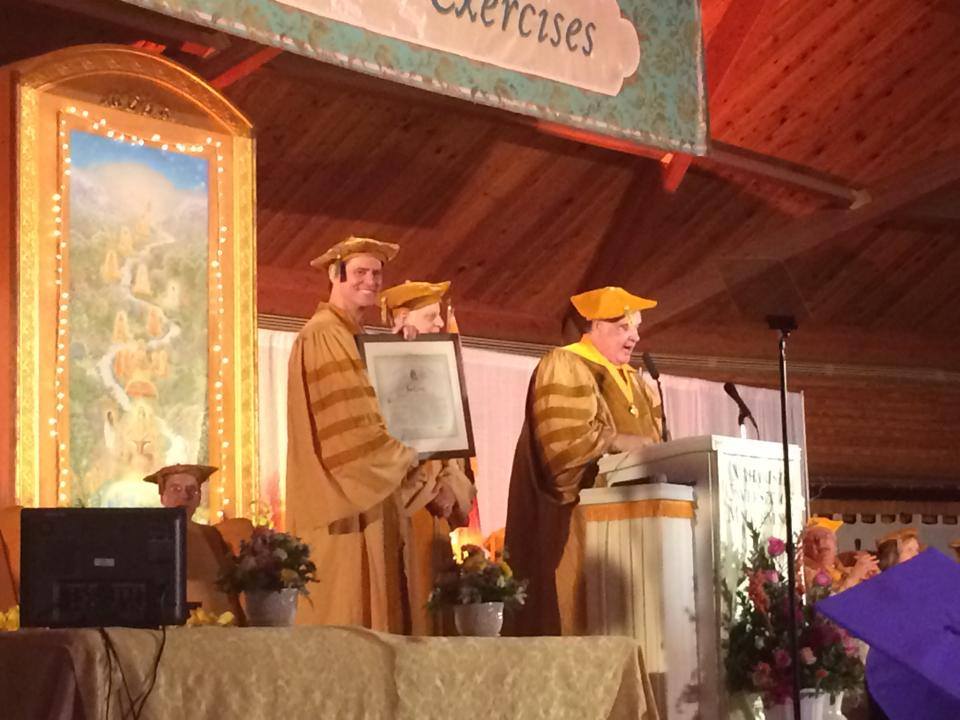 Carrey served as the commencement speaker at the Maharishi University of Management and more than 1,000 people, including the 285 graduates, packed into the Golden Dome on the campus in Fairfield. So many people came that officials opened up overflow rooms showing live video of Carrey's speech.

Maharishi University of Management confers degrees in conventional subjects but is best known for the practice of meditation. Maharishi Mahesh Yogi made transcendental meditation popular about half a century ago, and followers in Fairfield created the university in 1973 in an effort to apply its principles to a "consciousness-based education. The southeast Iowa city has been a popular destination for transcendental meditation adherents for decades.

During his speech Saturday, Carrey dropped in a few Iowa-related lines, including a reference to baseball players coming out from the corn. Carrey also referenced many practices of Maharishi followers. One of these mentions related to the belief in the significance of directions.
"Excuse me if I seem a little low energy tonight, today – whatever it is," Carrey said. "I slept with my head to the north last night." 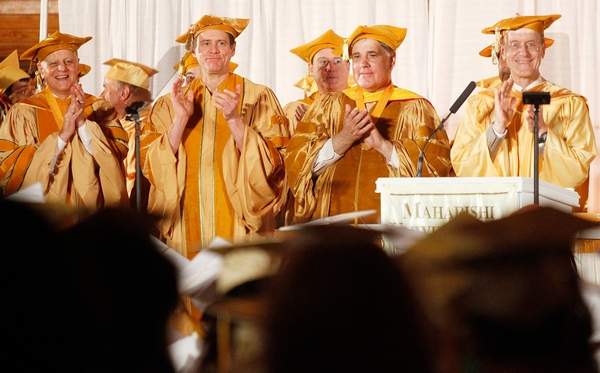 Elizabeth Heck, a Maharishi graduate, said the fact that Carrey "knew the language" meant a lot to her. "I was kind of worried when I first heard he was going to be the speaker because I wasn't sure if he was just there because of his celebrity status," Heck said. "What he said really impressed me. The guy has a big heart."

Carrey also shared personal stories about his childhood. He said his father could have been a comedian but chose to be an accountant because he wanted a stable job. Jim's father later lost his job, which taught Carrey an important lesson, he said.

"I learned many, many lessons from my father, but not least of which is that you can fail at something you don't want, so you might as well take a chance doing what you love," Carrey said. 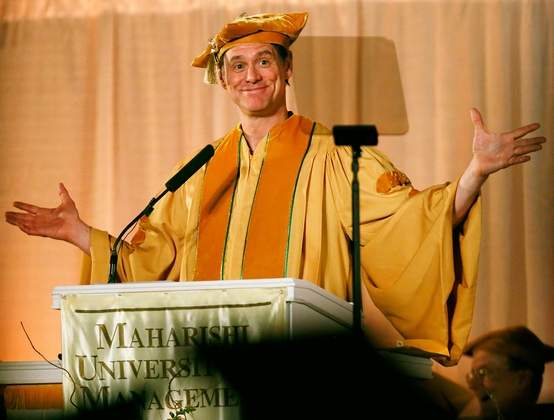 This piece of advice struck a chord for graduate Spencer Bright. He said Carrey's speech taught him to "not be scared of failure."
"You have to seek the highest first," Bright said. "Go for the top.

"Carrey even presented a large painting he created that he said reflected self-identity and discovery."I want you to relax and dream up a good life," Carrey said. After the speech, Carrey was presented with a honorary doctorate degree.

"Let's do something," Carrey said then. "Let's party."

You can check some of the photos that the students shared int the social media, in our Gallery, click here.

Jim Carrey s without a doubt a very especial human being and we couldn't be more proud to be his fans.

We at JCO will then, proudly continue to update you as more news and pictures come and if you were the Maharishi University yesterday and met Jim, please let us know how it us and share any picture with us. We would love to add your story to the fan sighting on our website. 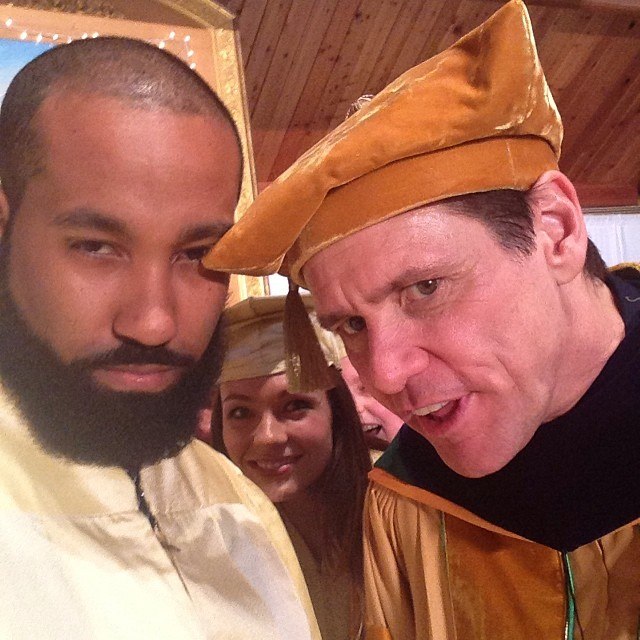