Some of you may not realise this but back in 1996 Jim Carrey became a world record holder but for a record number of prat falls or goofy jokes. His record was to become the highest paid movie star in the world for one film, namely "The Cable Guy". His $20 million paycheck set the precedent for future Hollywood paychecks and despite being 'ahead of it's time' it received mixed reviews, however the film still managed to make a respectable profit and collect a bag of awards. 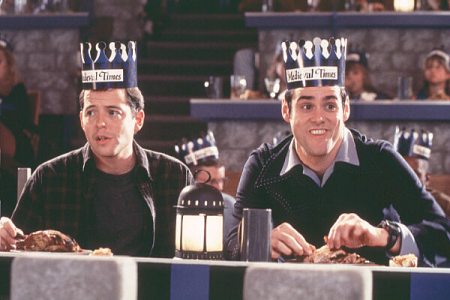 A deviation from the family films he was popularised for, this Ben Stiller directed movie saw Jim delve into the darker side of humour, playing Chip Douglas as a cable installation guy, who gives Matthew Broderick free cable extras, then psychopathically wields that favour to progress their friendship.

Despite it's moderate success, subsequent interviews with Jim have revealed his frustration for the films and(inaccurately) perceived failure but recent Tweets from Ben Stiller, Judd Apatow and Jim have revealed plans to release the film on Blu-Ray, complete with a commentary next year, which should reveal new insights to this quirky film and reach a brand new audience. It is first time Jim has done a commentary for a Blu-ray release. 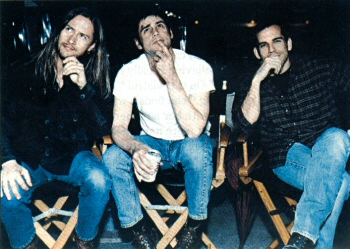 @JimCarrey: Doin' commentary 4 Cable Guy rerelease on blue ray.It'll be great but you'll have to wait forever 4 it to load... cuz it's so advanced! 8^}

@JuddApatow: Even more exciting. We recorded the DVD commentary tonight for The Cable Guy with Stiller and Jim Carrey for the blue ray. A great time.

This gem of a film is to be re-released sometime in the Spring of 2011 and is well worth checking out or re-visiting...