We have got more details about the train tour for "Disney's A Christmas Carol. You can find the schedule below and the first pictures of the train. Walt Disney Pictures has also launched a website for the train tour. Click here.

Featuring four custom-designed vintage rail cars full of behind-the-scenes attractions, entertaining demonstrations, and fun activities, the tour will have its inaugural stop at Los Angeles’ Union Station over Memorial Day Weekend, from May 22nd through May 25th. During the next 24 weeks, the train will make 40 stops in 36 states, as it travels its way across more than 16,000 miles of track. The tour will finish at New York’s Grand Central Terminal over the weekend of October 30th through November 1st.

Jim Carrey has arrived to Cannes today where he will attend the "Disney's A Christmas Carol" press conference tomorrow at 11:30AM at the Carlton Hotel in Cannes, France. Director Robert Zemeckis and Colin Firth will also be there. Disney will reveal new photos, the first film clip, along with edited highlights and b-roll during the event.

Check Jim Carrey Online over the next days for news from the Cannes Film Festival. We will bring some of the new stuff from the movie. 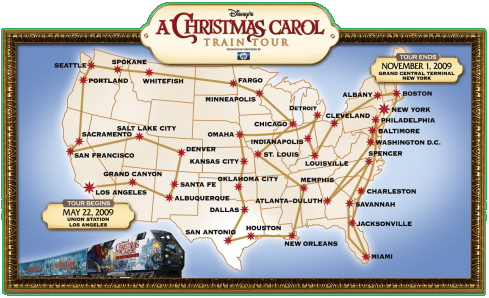 
PHOTOS OF THE TRAIN 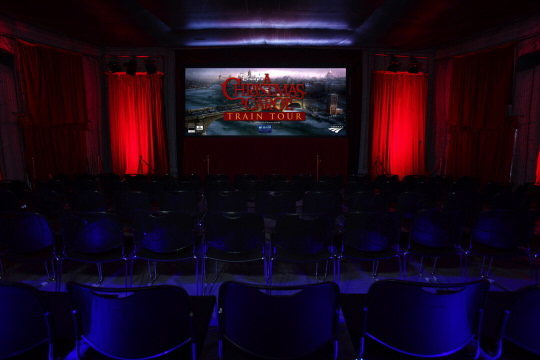 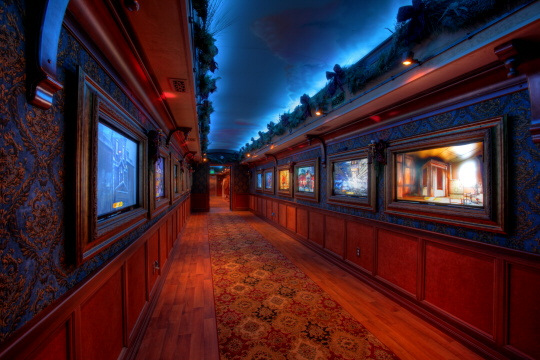