It has been eleven days since the launch of Jim Carrey’s song “Cold Dead Hand” music video in the website Funny or Die. After a week of controversial responses for both gun-enthusiasts and fans, Jim issued an official statement to answer critics and haters, particularly Fox News, who were the loudest at attacking Jim Carrey’s opinion on gun-control.

To clarify everyone, once and for all, Jim wrote a text on the blog The Huffington Post. Both polite and honest, Jim opened his heart by explaining what his believe is and how some of the reactions week have made him “aghast at the level of hatred”. 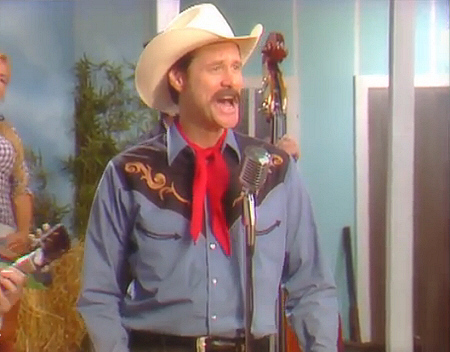 Here’s Jim blog post:
"I disagree wholeheartedly with those who say that there are just too many guns out there to control and that more gun laws won't make a difference. Change must start someplace. I'm pretty sure that no worthwhile endeavor has ever been accomplished without a beginning and reducing gun violence in America is a worthwhile endeavor.

These mass shootings and daily body counts on your local news are terrible tragedies. The utter devastation that must be endured by the victims' families is unfathomable. These horrific events are also an invitation for us to become more civilized and to deal with our addiction and entitlement to violence. Not to shut our eyes and ears and scream at those with a different opinion than ours to "fuck off and go back to Canada." I will gladly go back and visit Canada as I have many friends and loved ones there. I am so proud of that country and everything it's given to me, but I am also a naturalized American citizen and I have been bringing as much joy as I can to people in this country for 30 years. I care deeply about our future and I feel it's my duty as a citizen to do everything in my power to make this a better place.

For those who say I'm a hypocrite because I have an armed bodyguard, lets make one thing clear: No one in my employ is allowed to carry a large magazine and NO ONE IS ASKING ANYONE TO GIVE UP THEIR RIGHT TO BEAR ARMS, though it is in the vested interests of those who profit by gun sales to make it seem so. It's just the type of arms, the easy access and the means with which to cause massive devastation to good and innocent people that I hope we can limit. It's the quality of mercy, the tiniest spark of empathy that I know lives in every one of us that I wish to ignite in you.

And to the bullies who will try to marginalize and discredit me by saying, "Shut up, you're just an actor," while they brag about what a great president the ACTOR Ronald Reagan was, who threaten me with the demise of my acting career and much worse, I say SO BE IT! How shallow do they think I am? I would trade my money, my fame, my reputation and legacy if there were the slightest chance of preventing the anguish of another Columbine, Virginia Tech, Aurora, or Sandy Hook Elementary School. I ask you, truly, what manner of human being would not?

I have been aghast at the level of hatred heaped upon me, my family and the people I work with over a mere difference of opinion on this issue. Perhaps my words were a bit harsh at the onset, but calling someone a "Motherfucker" is far different than wishing them to die. It is shocking to see this concerted effort to brutally intimidate anyone who speaks of a compassionate compromise.

No one is allowed to own a bazooka. In a movie theater an assault rifle with a 100-round drum magazine can cause just as much damage.

So don't just sit there and do nothing. Contact your representatives and let them know that their jobs depend upon change. It won't always be someone else's kids in the line of fire.

The time is now. LET YOUR HEART BE HEARD."

Moved and touched by Jim’s words, we at JCO, once more time, fully support and agree, with this statement. We couldn’t be more proud of Jim Carrey and of anyone willing to make a change.