"Sonic the Hedgehog 2" earned an additional $11.4 million (-27%) in second place in this weekend at the box office. After 24 days in theaters it has earned $160.9 million. It means it has solidified its spot as the highest-grossing video game movie in US history. That record was officially broken last weekend, so Sonic 2 will have to keep building on that lead to make sure it holds the record for as long as possible.

Another record has been broken this weekend. Worldwide the sequel has now grossed more than the first Sonic movie, the total is $323.5 million from 61 markets. Top markets are: United Kingdom: $28.1 million, Mexico: $18.1 million, France: $15.9 million, Australia: $14.7 million and Brazil: $10 million.

Sonic 2 still has a long way to go if it is going to be the most successful video game movie ever worldwide. Will be a bit hard to get that, but it has not hit theaters in some major markets like Japan and Russia. 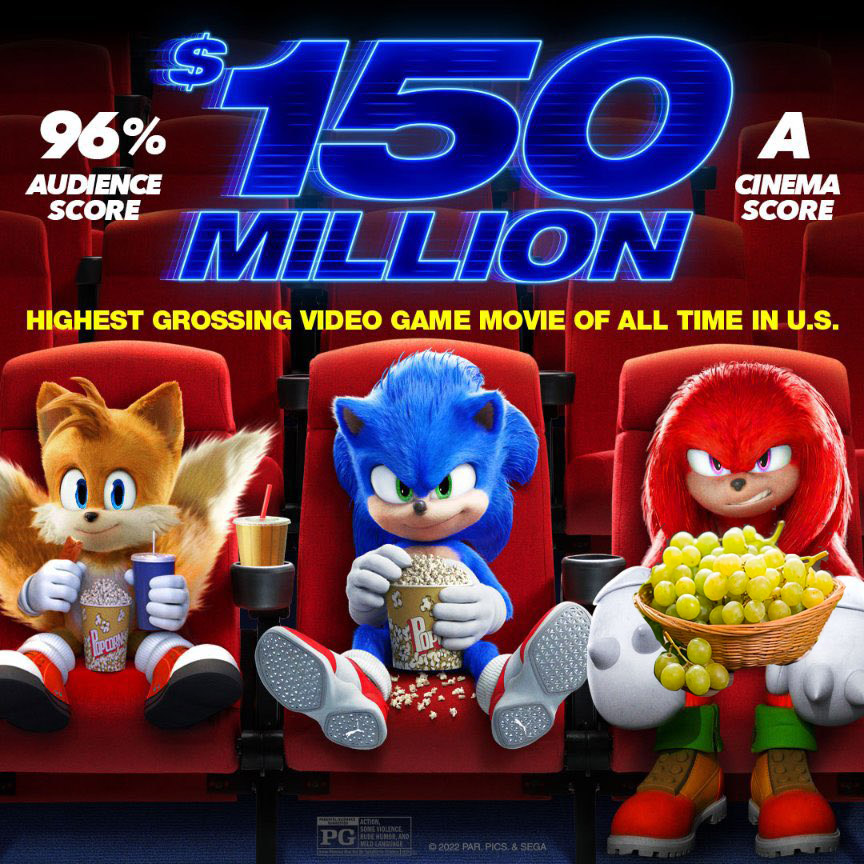