"Sonic the Hedgehog 2" has become the highest-grossing video game-based movie of all time, breaking the previous record held by the first Sonic movie in 2020.

The movie keeps on breaking new records. We first learned that the movie was Jim Carrey’s biggest opening ever, and then it passed the first movie in box office and begcoming the highest-grossing video game-based movie of all time after its third weekend. This makes "Sonic the Hedgehog 2" the third highest-grossing movie for this year!

Internationally Sonic 2 grossed another $19 million in 57 markets — just 29% off last weekend and with No. 1 starts in Poland and Malaysia (as well as India among Hollywood titles). The international Sonic 2 cume is now $142 million for $288 million global meaning Jim Carrey's new movie will cross $300 million any day now. In comparison, the original grossed $319.7 million worldwide, so it will happen soon. 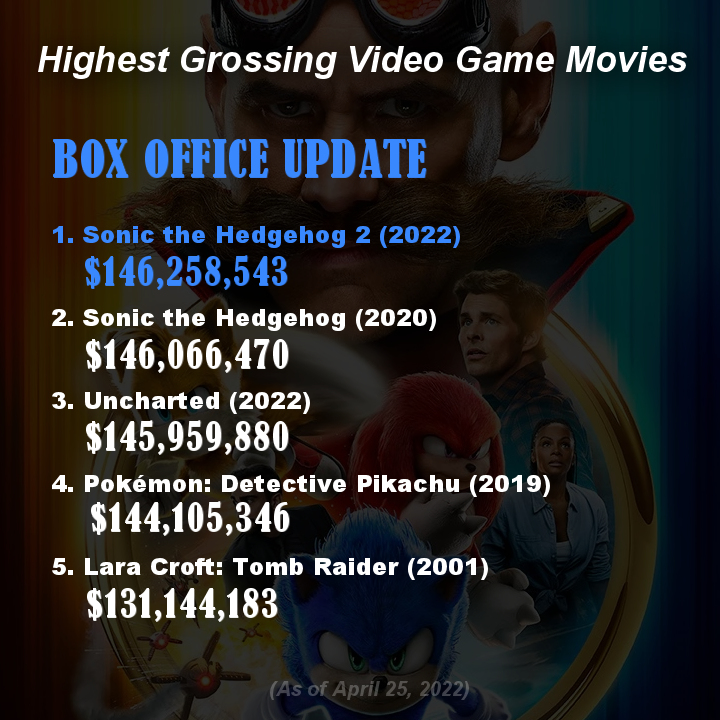