For those who grew up owning a Sega Genesis, playing the Sonic the Hedgehog games felt like running at insane speeds without stopping. Three decades later, the character finally leaps onto the silver screen for an action-packed comedy full of color and magic. It’s hard to tell if it’ll break the dreaded video game movie curse, but at least this one sure tried.

For most of his life, the blue hedgehog Sonic (voiced by Ben Schwartz) has been hiding out on planet Earth years after leaving his home-world of Mobius. Living in a cave, he occasionally sneaks around the town of Green Hills simply hanging around with the townsfolk without being known. However, he realizes he’s been alone all this time and in a fit of sadness, his incredible speeds caused a massive blackout around the Eastern seaboard. The US government soon brings in the megalomaniacal Dr. Ivo Robotnik (Jim Carrey) and his drones to try to locate the source. When a young sheriff named Tom (James Marden) discovers the hedgehog in his garage, an accident with a tranquilizer gun causes Sonic to lose his bag of rings that’s supposed to help him travel to another land.

Now the two of them has to make a quick drive to San Francisco, where not only Tom’s girlfriend Maddie (Tiki Sumpter) happens to be there but the rings happens on top of one of the city’s biggest buildings. Robotnik meanwhile is hot on the heroes’ trail as he utilizes a strand of the hedgehog’s fur to give him unlimited power. Now Sonic will not only have to find a way home, but he has to defeat the psychotic villain with newfound power. 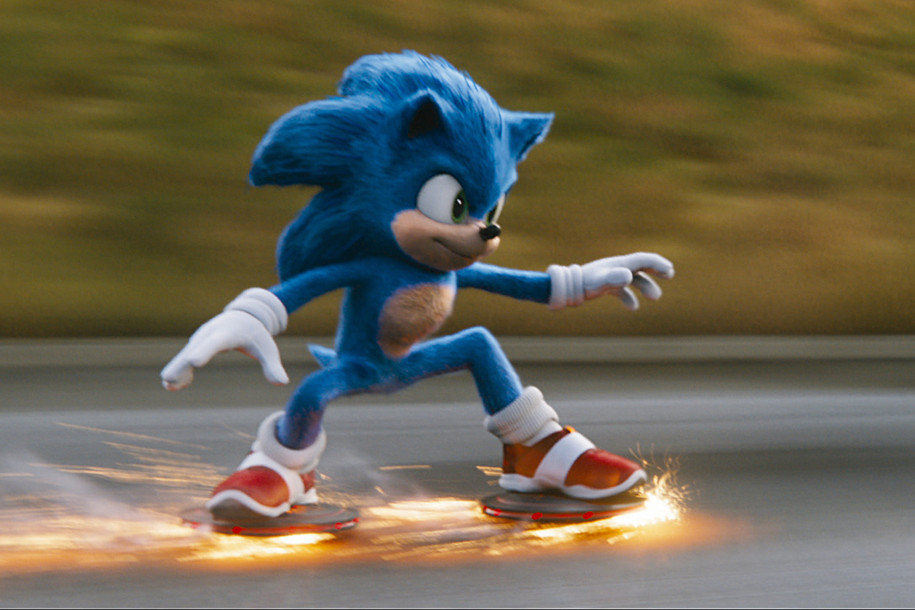 Making a "Sonic the Hedgehog" movie over 25 years after the release of the original game is certainly a challenge considering the times have changed in the gaming community. But for those watching it with a feeling of nostalgia, this movie will evoke memories of playing the games with visual references that’s easy to recognize. The action sequences are kinetic and delightful enough with some well-done effects work to boot. With it being a family film, audiences of all ages will certainly have a great time.

The design for the title character is relativity faithful to its earliest look while remaining both slick and modern for a new generation. Also, the movement and personality fit right into his overall caricature. The humor can be a mixed bag at times with some jokes more obvious than others. Some of that could’ve been rectified with another rewrite to emphasize a little more physical comedy.

No doubt the secret to the movie’s success is Carrey returning to his comedy roots by giving his character the same great physicality and energy as some of the actor’s greatest roles. His fans will absolutely come to the theater hoping to see the magic of the master at work and will not be disappointed in spite of the limited number of his scenes. Marsden also helps the film by being genuinely likable, while Schwartz brings a lovable energetic performance to the hedgehog that both kids and fans of the video games will be happy with. But while those two actors are fun together, they certainly couldn’t compete with Carrey’s classic, masterful physicality and comedy showmanship.

If you have kids or just want a good video game movie for once, Sonic the Hedgehog will likely satisfy both plus for Jim Carrey fans worldwide. Hopefully, it should do well enough to set up a sequel and maybe a Sega video game movie universe. But let’s not dwell on that and just enjoy the fun of this film.

THE MOVIE’S RATING: PG (for action, some violence, rude humor, and brief mild language)
THE CRITIC’S RATING: 3.25 Stars (Out of Four) 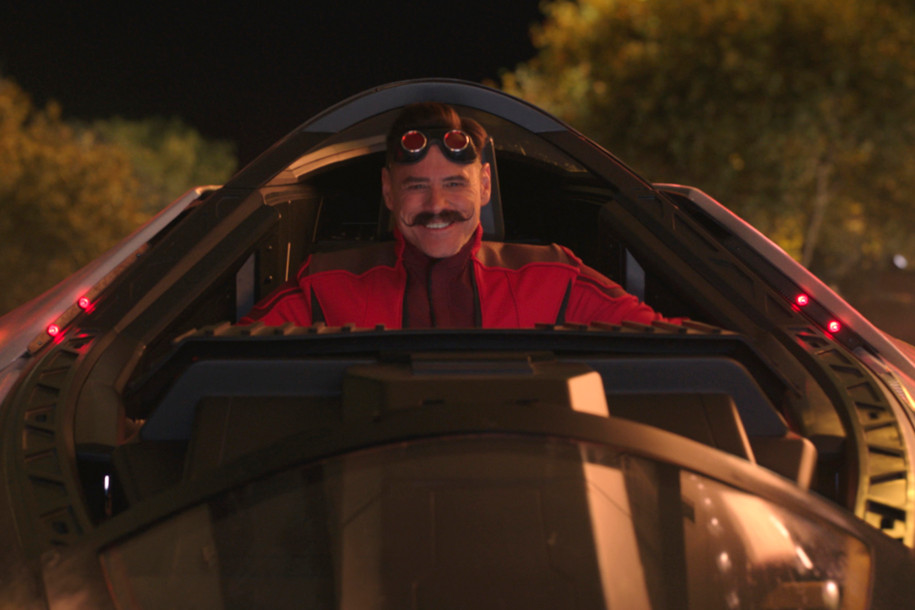