We're thrilled! Last Tuesday, the documentary film "Jim & Andy - The Great Beyond", premiered at the 74th annual Venice Film Festival and since then the reviews have been pouring in. And so far, they have been pretty positive!

Some of the reviews:

"Using TV, movie and live-performance archive material as well as family home movies, Smith deftly tells both Kaufman and Carrey's stories while recounting one of history's weirder movie shoots and charting a chilled present-day Carrey's memories and meditations on the events of 18 years past. What emerges is a double portrait of two men whose compulsion to lose themselves in other characters is both an addiction and a variety of creative autism."

"Arguably more interesting than the film that generated it, Jim & Andy ranks alongside Lost in La Mancha as a gem salvaged from a wreck."
Review by ScreenDaily

"It's difficult to know at times whether Carrey is playing with us or legitimate with his talk of a benign Mr. Hyde side emerging to take control of his personality. But when he wistfully observes, "Andy came back to make his movie," he's oddly convincing, making this an original, unexpectedly affecting tribute to two distinctive comic performers."
Review by Hollywood Reporter

"(…)is a ticklish meditation on comedy and identity."
Review by Variety 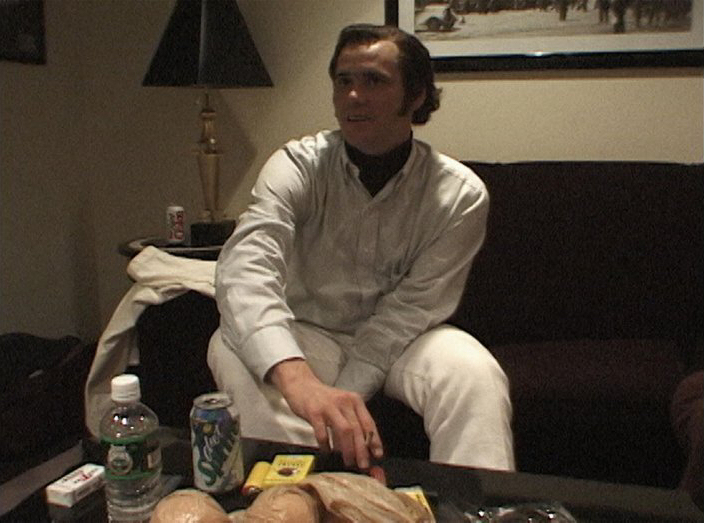 All of them describe some of the footage seen that came from both Jim Carrey's archives and Universal and that Chris Smith beautifully made into this amazing testimony. It's also revealed that Jim Carrey is interviewed about how playing Andy Kaufman, changed his life.

For a more detailed description of some scenes, please check the article above and be warned of some spoilers.

This news and the reactions this movie is getting, makes us all very happy and excited!