It's starting to feel like an eternity since we last heard of Jim Carrey on a film set having just done the indie films "The Bad Batch" and "True Crimes" that have yet to have release dates. But all that is going to change as Jim finally steps right back into the camera to deliver something more thrilling.

According to The Hollywood Reporter, Jim Carrey will star and executive produce a new adaptation of the 2004 graphic novel "Aleister Arcane" by Steve Niles for Steven Spielberg's Amblin Entertainment. The project is being penned by Jon Croker (The Woman in Black 2: Angel of Death) and will be directed by Eli Roth who's known for his horror films "Cabin Fever" and "Hostel". 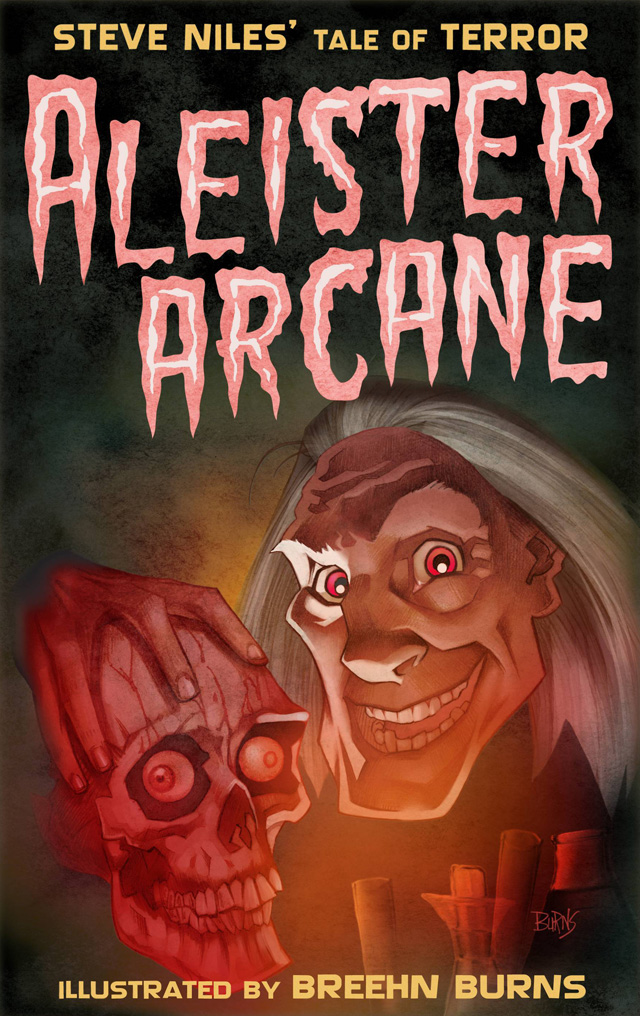 In the comic, the title character is a TV horror host like Svengoolie and Elvira, but his show has angered the religious community of his hometown that he put a curse on a town before succumbing to death. Only a group of children has to lift he curse by using the Necronomicon that Aleister used.

As we know, Jim has been in other comic book adaptations like "The Mask", "Batman Forever", and "Kick-Ass 2". It'll be interesting because this is the kind of character the actor can do when he uses his trademark routines. Also, it'll homage the classic horror movies of yesteryear and for those who grew up watching them on TV. If you want a good example of that, check out Roddy McDowall's Peter Vincent in the 1985 cult classic "Fright Night".