The British Empire Magazine published a new photo from Jim Carrey's upcoming movie "Kick-Ass 2". The photo shows both Jim and Aaron Taylor gripping each others hands in the headquarters of Justice Forever. Carrey is playing the role of Colonel Stars And Stripes.

The look of the photo makes the movie seem interesting to watch. All Jim Carrey fans are eagerly awaiting to see it! 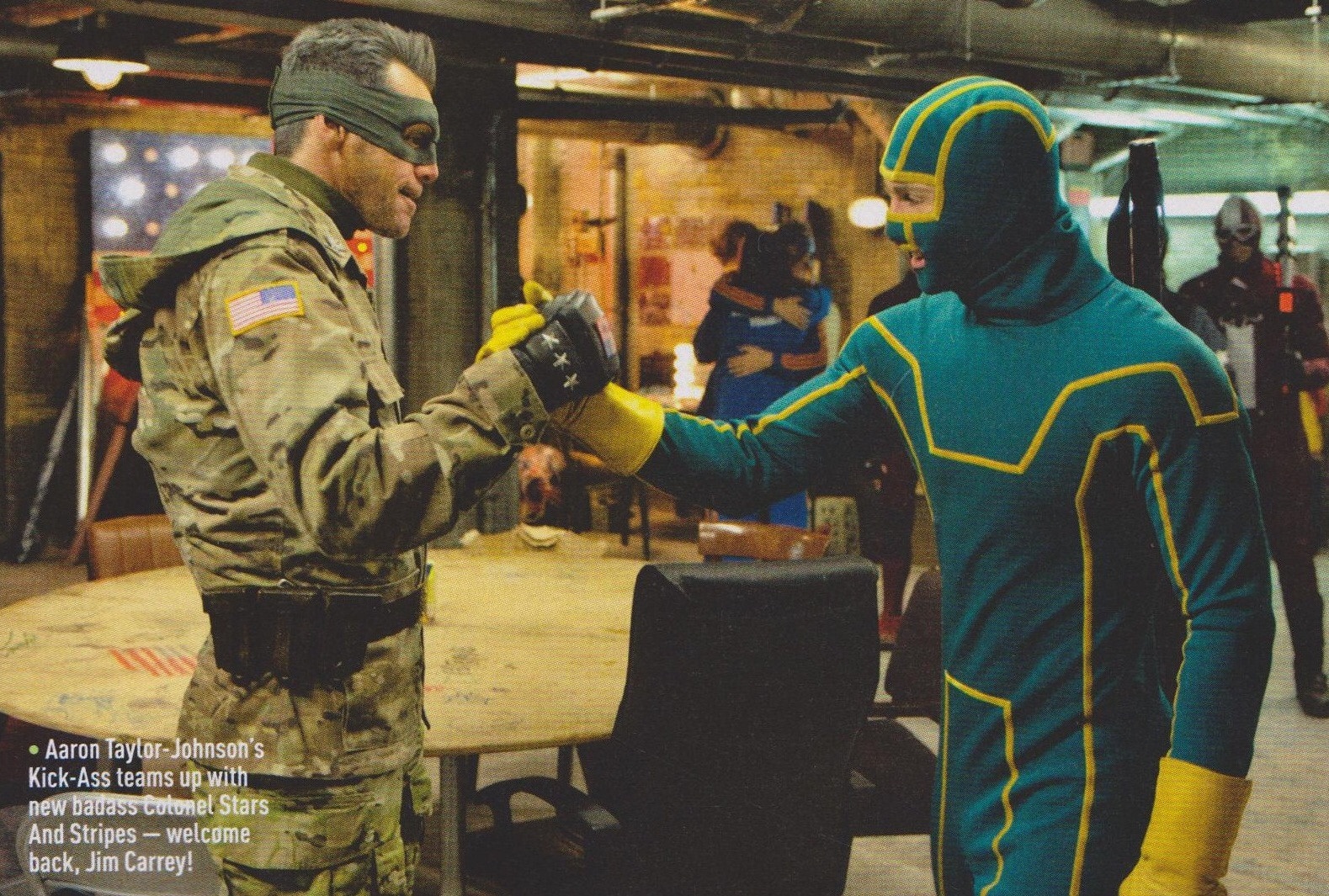 The photos are scanned and uploaded by CBM.