By Priya B (Web correspondent)

Jim Carrey along with Jenny McCarthy attended the 'AFI Night At The Movies' on October 1. He presented one of his best movies of all time, "Eternal Sunshine of the Spotless Mind" which was released in 2004. His performance was critically acclaimed in this movie! And was also honored as one of the ten most outstanding films of the year at AFI Awards 2004. 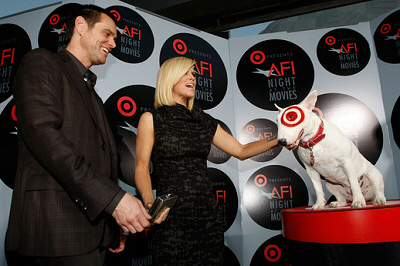 Jim asserted about the film icon's body of work that everything he did was really top notch and class, and he emoted confidence and was just brilliant. He and Jenny also commented about the U.S. Government Economic-Bailout.

Check many pictures in our gallery and video clip 1, 2 and 3 from the event.